Simple Way to Avoid Tobacco Use 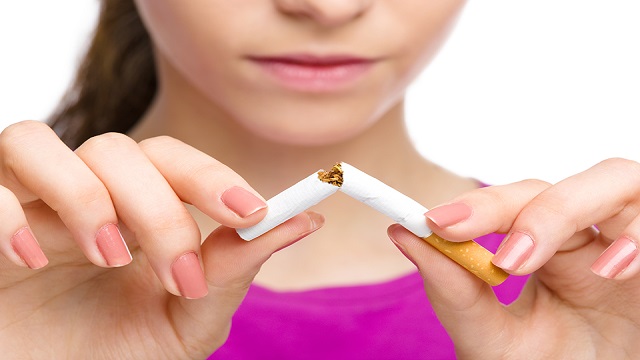 Tobacco use is the most important preventable illness and cause of death in the U.S., according to the National Cancer Institute (NCI). Tobacco use was estimated to be the cause of 443,000 deaths in 2010 in the U.S.

Stop smoking tobacco; start to stop today (it takes about 15 years of nonsmoking behavior to achieve a “normal” risk level for heart disease for those that smoke).
Stop using chewing tobacco to avoid oral cancers.
Adverse consequences of tobacco use:
Tobacco use causes or contributes to a large number of cancers in the U.S. In men, 90% of lung cancer deaths are attributable to smoking; 80% in women. Tobacco use causes cancers of the lung, mouth, lip, tongue, esophagus, kidney, and bladder. It also further increases the risk of bladder cancer in subjects occupationally exposed to certain organic chemicals found in the textile, leather, rubber, dye, paint, and other organic chemical industries, and further increases the risk of lung cancer among subjects exposed to asbestos.
Tobacco use causes atherosclerotic arterial disease (hardening and narrowing of the arteries) that can lead to heart attacks, strokes, and lack of blood flow to the lower extremities. Tobacco use causes an estimated 20%-30% of coronary heart disease in the U.S. It also further increases the risk of heart attacks among subjects with elevated cholesterol, uncontrolled hypertension, obesity, and a sedentary lifestyle.
Tobacco use causes an estimated 20% of chronic lung diseases in the U.S., such as chronic bronchitis and emphysema, and causes pneumonia in those with chronic lung disease. The CDC, in 2011, estimated that 90% of deaths from chronic obstructive lung disease (COPD) were due to smoking.
Pregnant women who smoke are more likely to deliver babies with low birth weight.
Secondhand smoke can cause middle-ear infections (otitis media), coughing, wheezing, bronchitis, and pneumonia in babies, and aggravate asthma in children. Secondhand smoke (sometimes referred to as passive smoking) can also cause lung cancer.

Comments and recommendations (tips):
Quitting smoking is difficult to accomplish; tobacco contains nicotine, which is addictive. Some smokers can quit “cold turkey,” but for most, quitting smoking requires a serious life-long commitment and an average of six quitting attempts before success.
Quitting smoking efforts may include behavior modification, counseling, use of nicotine chewing gum (Nicorette Gum), nicotine skin patches (Transderm Nicotine), or oral medications such as bupropion (Zyban).